Industry-leading TrackMan 4 fitting technology is available in our Hudson, NH, Greenland, NH, and Scarborough, ME, stores.

Custom fitting sessions in our TrackMan 4 simulators are available free of charge on a first come, first served basis in all three locations.

TrackMan is recognized as developing the game’s leading technology for club fitting and game improvement—with more than 700 tour players worldwide using and trusting its powerful data and insights, including Dustin Johnson, Rory McIlroy and Hideki Matsuyama.

Every golfer can benefit from a TrackMan 4 fitting—whether you’re a mid-handicapper, a high handicap player or single digit golfer. The information is valuable for anyone who wants to play better golf.

Here’s how our new TrackMan 4 Golf Simulators can help your game.

The Mission of TrackMan

The new TrackMan 4 Golf Simulators are the culmination of a three-year quest that began as an initiative to design and engineer the most powerful and accurate golf launch monitor ever built.

The outcome is Dual Radar Technology—a radical transformation in the way radar technology is applied in golf today. It uses two radar systems instead of one to obtain maximum data quality and increased pick up rates.

How Does Dual Radar Technology Work?

The first radar system tracks everything the club does before, during, and after impact—from such common parameters as club path and face angle to swing direction and spin loft.

The second radar system tracks the full ball flight—from launch to landing and everything in between, including launch angle, spin rate and curvature.

The optically enhanced launch monitor of the new TrackMan 4 captures every little detail with astounding precision, including the ball’s exact impact location on the clubface.

This amount of detail is far superior to what is possible through Single Radar Technology and provides greater insight into what’s needed to improve your game.

The result is a significant milestone in the evolution of launch monitor capability that improves the quality of golf instruction, coaching, fitting, and entertainment.

The Trackman 4 simulator environment allows our expert custom fitters to simultaneously show you all of your important club head and ball flight data as well as the 3-D ball flight trajectory from a variety of angles.

The Trackman Optimizer uses your swing characteristics and launch conditions to provide the ideal range for your launch angle, spin rate, ball speed, shot height, and spin loft. By trying a variety of different heads and shafts, the fitter will find the club that best fits your ideal range for these measurements to optimize your performance.

Here’s What The New TrackMan 4 Tracks

Smash Factor is ball speed divided by club speed. It relates to the amount of energy transferred from the club head to the golf ball. The higher the smash factor the better the energy transfer.

Spin Rate is the amount of spin on the golf ball immediately after impact. It has a major influence on the height and distance of a shot and is one of the least appreciated numbers, especially in windy conditions.

Launch Angle is the angle the ball takes off at relative to the ground. It is highly correlated to dynamic loft and will always be a little less than dynamic loft, but will have a similar value.

Carry is the distance the ball travels through the air. An important thing to know about carry is that the value is given for a landing area that is at the same height from where the ball has been struck. The golfer can then adjust for uphill and downhill shots on the course.

Ball Speed is the speed of the golf ball immediately after impact. It is created by club speed and impact. Bad impact, such as toe or heel shots, will reduce the potential ball speed.

Dynamic Loft is the amount of loft on the clubface at impact.

The golfer’s attack angle, how the shaft bends, how the golfer releases the club head, and whether the clubface is open or closed to the club path, as well as where the ball makes contact on the club face, can all impact the dynamic loft.

Attack Angle is the direction the club head is moving (up or down) at impact.

Shots hit off the ground should have a negative attack angle in order to create “ball first” contact.

However, golfers with slower club speeds should be careful not to hit down too much (negative attack angle) with their irons.

Club Path is the direction the club head is moving (right or left) at impact. Most golfers relate this number to hitting the ball “in-to-out” or “out-to-in”.

Face Angle is the direction the clubface is pointed (right or left) at impact. Most golfers refer to this as having an “open” or “closed” clubface. 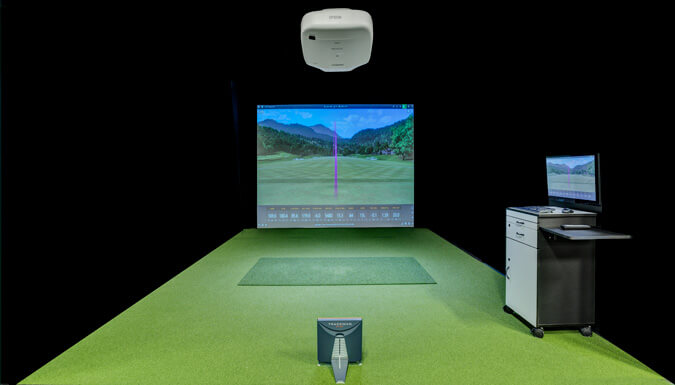 Swing by our Hudson, Greenland and Scarborough stores today and see what the new TrackMan 4 Golf Simulator reveals about your swing and your current clubs. 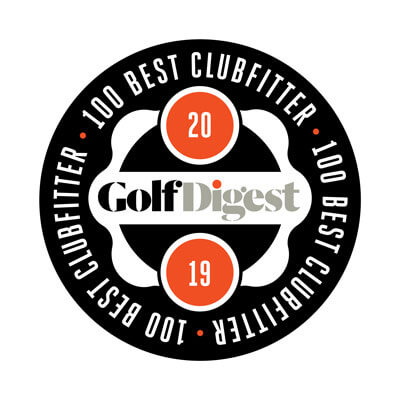 Our custom club fitters can help match you to the optimal clubs for your game from our huge selection of quality name brands at everyday competitive prices.

We’re proud to offer you the very best club fitting technology and invite you to take advantage of our new TrackMan 4 Golf Simulators today.

Swing by and swing away!